A Walk Through Paris

At two million people, Paris isn't really a terribly large city. Of course, it's over 12 million when you count the metropolitan area, but inside the Boulevard Périphérique (the road around the city), it's small. That being said, when I say "small" I mean "I lived in London for years", so your mileage may vary.

We live in Les Lilas, on the north east border of Paris and almost every day I walk to work. I'm fortunate that it only takes half an hour and I like to vary my route to see a bit more. On Friday I veered north a bit, smack dab in the middle of the 19th arrondisdement, yet still in Belleville. Up until the mid 1800s, Belleville was still an independent commune in France, but was eventually annexed by Paris. It has a long history of being a rich mix of different cultures and is the home of Édith Piaf (who?).

I took a few pictures along the way. I think they're lovely and show off some of the charm in Belleville, a charm that is largely missing from much of Paris.

You can click on the pictures to see larger versions. 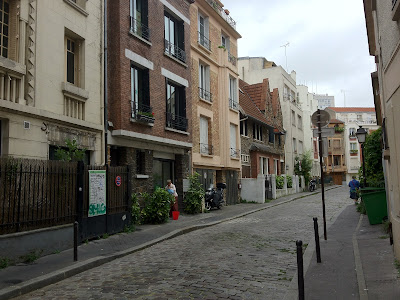 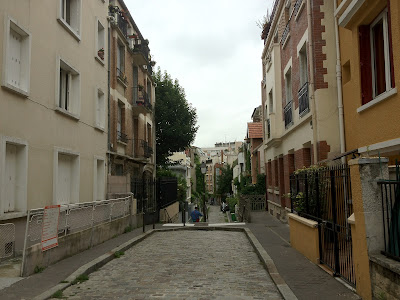 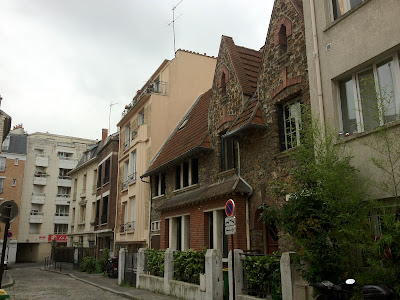 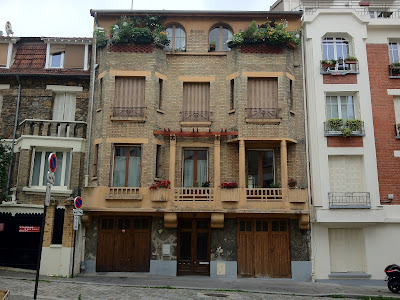 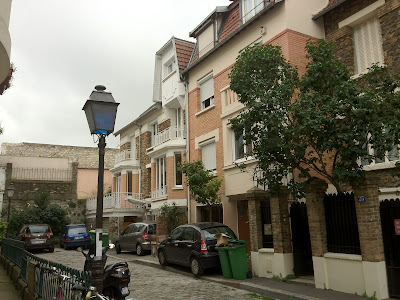 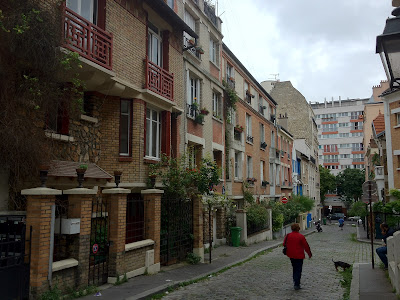 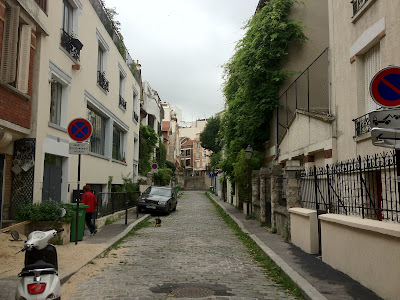 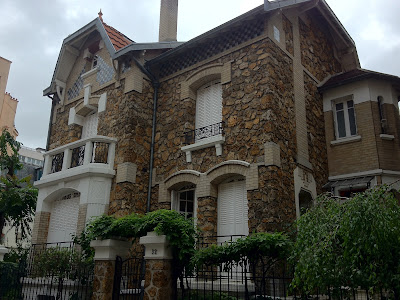 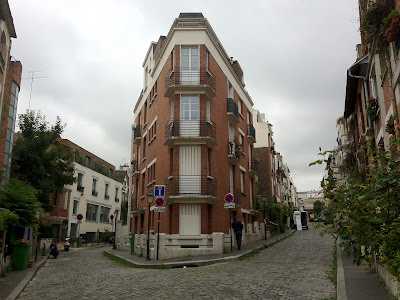 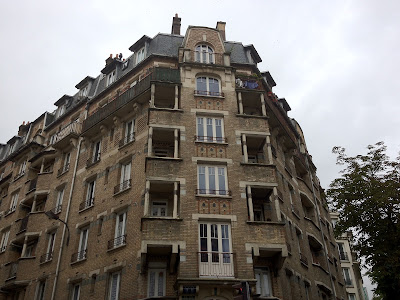 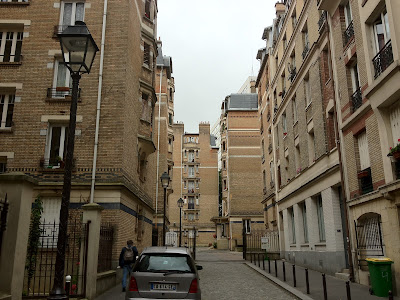 Interestingly, I can't really remember if these are really that different from US buildings. I only left the US six years ago, but it seems a lifetime ago.

And finally, our friends David and Julie have been visiting from the US. David took a picture of my daughter at the park. 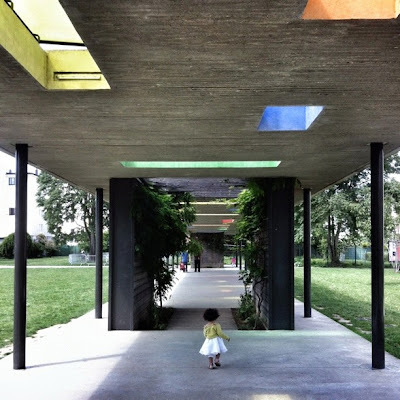