All photos in this post are mine and clicking on them will take you to a larger version.

A couple of years ago when I was still living in the UK, my friend Paul called me up out of the blue and said "wanna go to Corsica?"

He was renting a six-bedroom manor house on the island of Corsica for £600 and he thought I might want to take a road trip there with him. Did I ever!

Corsica, for those who don't know, is a small French island off the southern coast of France and in the Mediterranean. History buffs may recall that it's birthplace of Napoléon Bonaparte and it's believed humans have been living there for at least the middle stone age, perhaps 20,000 years ago. It has a rich history and a strong independent streak. That streak doesn't seem to do them much good as Corsica has been invaded over and over throughout their history. Everyone seems to want that island.

One Friday, Paul and I headed to Dover, took the ferry to Dunkirk (northern France) and because Paul doesn't like toll roads, the route he chose took us through Belgium and Luxembourg. I was checking the map and that's when our plans went to hell. I noticed, to my surprise, that we were close to Perl, Germany. As the programming language I specialize in is named "Perl" and Paul also programs in that language, we really had no choice. Only being a half hour away, we traveled there and stayed in a lovely hotel. I must say that the internals of Perl as far lovelier than I imagined (if that made no sense, it's because it's an awful geek joke).

The next morning, Paul had reprogrammed our trip on his GPS unit for our new route and we had breakfast in Germany, lunch in Switzerland, and dinner in Pisa, Italy. In only two days, we've travelled through seven countries! Switzerland charged us €30 highway tax just to enter the country, even though we'd only be there a couple of hours. We were also pulled over by the police in Switzerland and had our car searched very thoroughly, though no explanation was given, even as we drove away. And at one point we thought the car had been stoled in Switzerland. It was not the high point of our trip.


As we were in Pisa, we of course had to see the Tower. The Leaning Tower of Pisa is incredible. We climbed to the top on the next day and as I took photos, a young woman walked into view. Taking photos of crowds is one thing, but if I focus on someone, it's nice to ask. So I did, but she didn't answer. She merely struck a rather provocative pose. She loved the camera and I have a few shots of her and many of Pisa.


We then drove to Livorno, Italy, only to find that we had missed the ferry to Corsica. Annoyed, we said "screw it" and drove straight to Nice, France and spent the night there before taking a ferry to Corisca the next day.

At this point I need to offer a blanket apology to all Parisians. After having visited Paris once, I proclaimed the Parisians the worst drivers in the world. They're not. The Italians are. Paul would often be driving at 130 kph and Italian drivers would race past us. In fact, speed limits were routinely ignored, red lights constantly run and at one point, a woman pushed her car through a pedestrian crossing full of people and they just jumped out of the way. No cussing or anger. It all seemed to be expected.

The trip from Livorno to Nice was quick, though. Paul hit 190 kph more (about 120 mph) than once — and he was keeping up with traffic.

Before we settled down for the evening, I did manage to get a nice picture of the sun setting over the Mediterranean. 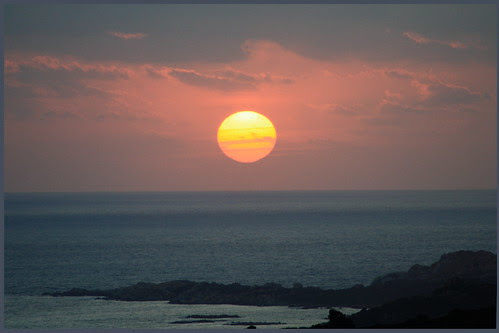 There's not much more to say about the rest of the trip because it was primarily the two of us relaxing at this manor: 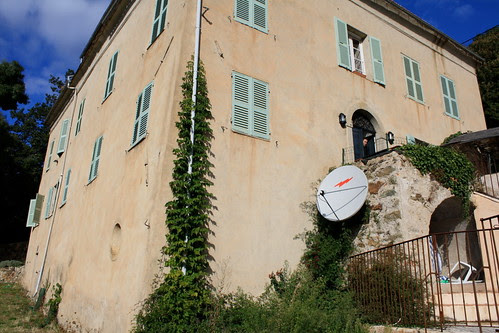 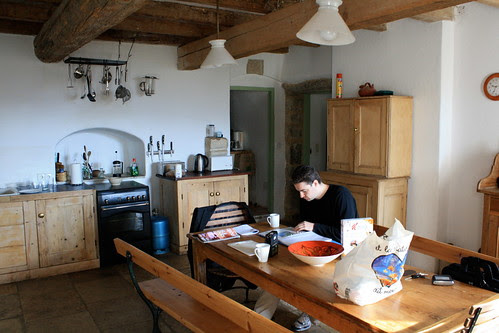 Enjoying the pool at the manor: 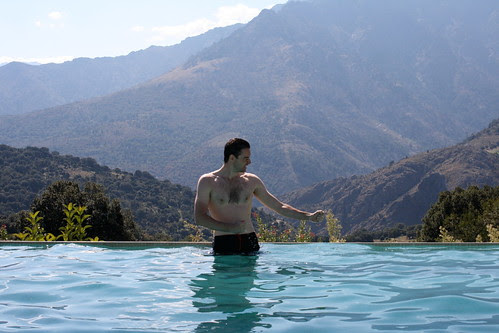 And constantly feeding this stray cat and her kittens (both Paul and I love cats madly): 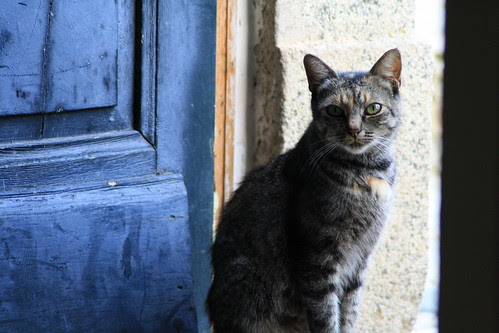 We also enjoyed the nearby town of Speloncato, an ancient town known even during the ancient Roman
empire. 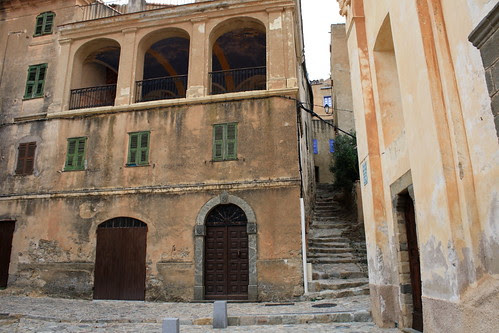 There is always so much to see or do over here. There's a rich history and such a huge variety of culture that I can't even begin to imagine settling down in the USA again. I'm home.
Posted by Ovid at 7:43 AM

Email ThisBlogThis!Share to TwitterShare to FacebookShare to Pinterest
Labels: personal