Even the French hate Twilight.

Today is just a couple of quick shots of advertising the on the Paris Métro.

First, we have English language courses from the Wall Street Institute, a French company. That's all well and good, but for a reference to a decidedly American institution, why does this delightful woman have a British flag on her tongue? 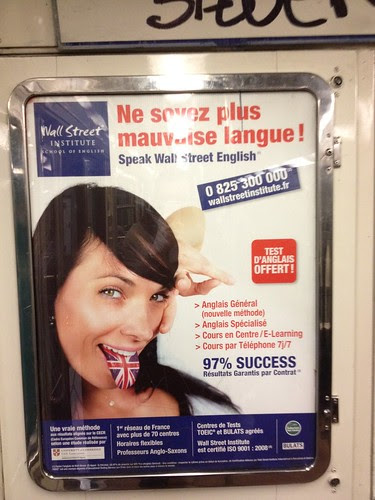 This, though, is the ad that I really love. 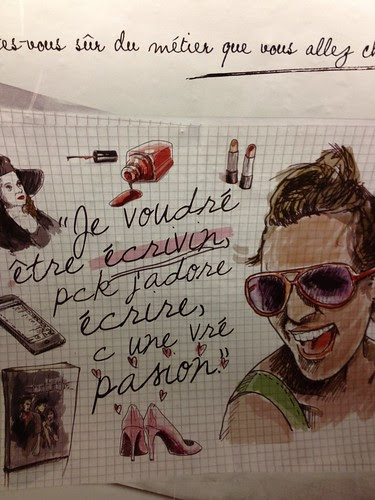 This ad for letudient.fr asks if you're sure about your chosen profession. The "French" reads:

Here's roughly how I would translate that to English:


I wud like to be a riter cuz I love writing, it a reel passion.

That's bad enough, but if you look closely on the image in the lower left, you'll notice that the book is entitled "tuilaïte". Is that word even French? I've no idea, but if you pronounce if phonetically (in French) it sounds an awful lot like Twilight :)
Posted by Ovid at 4:25 PM