Quelle langue do I speak? 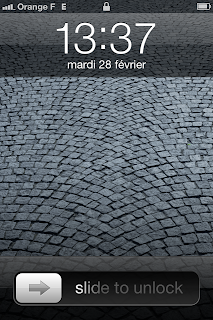 Yes, I should learn French better, but I didn't want to do it on something this important. What's worse, take a gander at the phone below. It's telling me that one of my brother's has a birthday "this jeudi at 12:00". And if you read behind the popup alert, you'll see unknown callers calling on vendredi. If my French wasn't already acceptable, I'd be screwed.

Applications get this wrong all the time. On my phone, many apps are in French and many are in English. Aside from the phone itself, not one of the apps has given me a choice of which language to select. That's particularly interesting because my AppStore ID is locked to the UK AppStore. 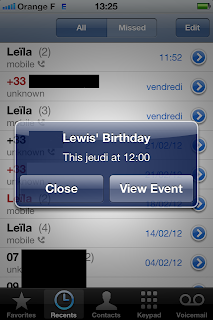 While we're ranting about applications which can't figure out language ...

If you're must guess my language, tell me you are guessing it. And then let me decide what language I speak, not you. And while you're at it, I don't care if the native language of your application is Hindi. If you're giving me a choice, spell the language name the way native speakers would spell it and have your default language in parentheses (why is this so hard for devs to figure out?). For example, if your Hindi application will let me switch to French, it should offer me the choice of français. Or you could suggest français (फ्रेंच). I can figure that out. Offering me the options of switching to फ्रेंच, अंग्रेज़ी or जर्मन is useless.

And that includes if I can read your alphabet. Offering me anglais, français and allemand instead of English, français and Deutsch is still stupid. Cut it out.

In other news, here's a picture I snapped on the way back from lunch. Amongst other things, that's the Eiffel Tower you see just to the right of center. 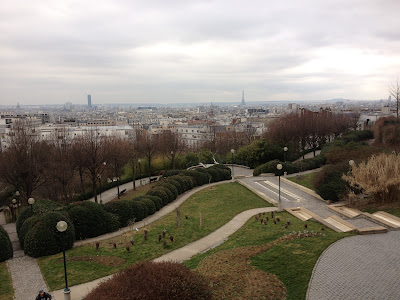 Update: Dear Google: Stop changing my f***ing language. I'm signed in to your damned services. I have chosen "English" (and "Anglais") so many damned times that it's not even funny. Why the hell do you keep screwing this up?
Posted by Ovid at 3:01 PM

Email ThisBlogThis!Share to TwitterShare to FacebookShare to Pinterest
Labels: language