We've been in Arles, France visiting friends for the past couple of days. Rather than give an extensive post, I'll just share some photos (plus, our flat in Paris has been robbed while we're here, so I'm not terribly keen on writing today).

Arles has a rich, rich Roman history. I'd write more, but as mentioned ...

I've regularly spoken with people who say "I would love to move abroad", but they've done absolutely nothing to make this happen. While there's a big difference between talking and doing, it's an easy transition to make. For every would-be expat who isn't sure how how to move abroad, there are several steps I recommend them to get started:
Now I have to add a fourth item to that list: research your family tree.

I'm sure that you've heard the "ugly American" stereotype before. It's prominent enough that it has its own Wikipedia page. Booming voices, plaid Bermuda shorts, mocking the locals. In fact, I've witnessed this abroad (down to the Bermuda shorts) and people are more likely to remember Americans who stand out like that. I still vividly remember standing in line at a store in Amsterdam and having a pair of American women yelling at a cashier because the women were mad that they had to weigh their own vegetables. Sadly, the "ugly American" stereotype can apply to expats as easily as tourists.

Exceptions like those yelling women aside, the stereotype is not only a bit unfair, but on those occasions that it is fair, it's not always entirely the American's fault. The US is a rather insular culture. It's expensive to see other cultures firsthand so we don't get this experience except by television or movies — and no, watching every episode of Monty Python or Dr. Who doesn't count. And it's not entirely the US media's fault, either. Strange things (other cultures) are challenging and don't drive as much revenue to the profit-maximizing entertainment industry.

So, relative to other countries, you have a rich, isolated culture whose people are often completely unprepared for the outside world, right? Well, not exactly.

Email ThisBlogThis!Share to TwitterShare to FacebookShare to Pinterest
Labels: culture

There's a building going up near us. They workers have torn down an old, crumbling building and they're putting up a new, shiny building. And cutting a cable to our building along the way. One of these things is not nice.

So for the past couple of weeks, I've been limping along with little to no internet service. It's unclear who actually owned the cable that was cut, but our (former) internet provider, free.fr, insists that our service is working fine and no, they have no record of a repair request from us. In fact, our entire building is almost completely without phone, television, or Internet access as those services tend to be bundled together and there's a lovely note on the front door saying "please be patient, no one knows what's going on, no one is sending repair people and please keep hassling your ISPs." 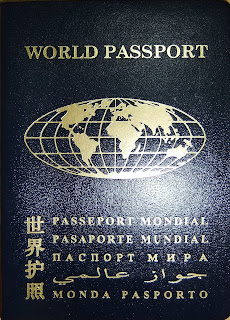 Our trip to La Rochelle in Photos

Last weekend my wife, daughter and myself visited La Rochelle, on the West coast of France, with a sea port opening to the Bay of Biscay. We might move here. We're considering moving outside of Paris, but we've decided to stay in the country this time (Malta, Belgium, or the UK were our most likely destinations). The village is absolutely gorgeous and prices are much more reasonable than Paris. Since we've started a company that, amongst other things, does international IT recruitment, we find ourselves in the luxurious position of being able to move.